You are here: Home / Archives for Research: From The Elias Lab

Research from the Elias Lab

For nearly forty years, this University of California San Francisco-based research laboratory has focused on elucidating the structural and metabolic basis for the barrier function of the skin, including work aimed at understanding the cause and treatment of skin diseases. 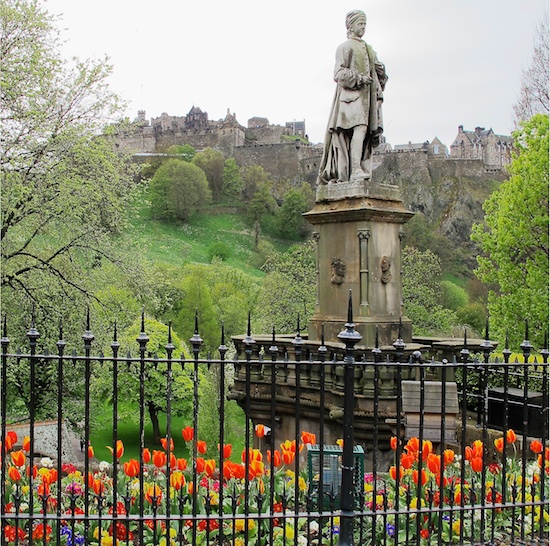 Every 4 years, the Eurorpean, North American and Japanese dermatologic research societies host a joint meeting. Last week the 2013 International Investigative Dermatology meeting took place in Edinburgh, Scotland. Over the next several days we will summarize some of the highlights of research on the skin barrier that was presented there, alternating posts of research from the Elias group with work coming from other laboratories around the world. END_OF_DOCUMENT_TOKEN_TO_BE_REPLACED

Skin became more lightly pigmented when modern humans migrated northward out of Africa into Europe and Asia. Evolutionary biologists increasingly accept the hypothesis that pigmentation lightened in order to allow more ultraviolet light to enter the skin, where it can then stimulate the formation of additional vitamin D.

In a recent article in the Journal of Human Evolution, we provided many reasons why this hypothesis is flawed and suggested instead that pigment dilution developed as a form of ‘metabolic conservation’. While abundant pigment was needed to protect our skin from the intense ultraviolet light of equatorial Africa, it was no longer needed in the weaker light of the higher latitudes. Hence, mutations arising in the genes for pigment-producing proteins that reduced pigmentation were retained, because they allowed skin to divert energy towards other, more urgent requirements. END_OF_DOCUMENT_TOKEN_TO_BE_REPLACED

The epidermis is a self-renewing system. Old cells (or ‘squames’) are shed from the skin surface as new cells (‘keratinocytes’) are produced in the underlying epidermis and pushed outward into the stratum corneum to become ‘corneocytes’. In normal skin, the process of desquamation is invisible and imperceptible.  But in some skin diseases, the production of cells may increase and/or the mechanism of shedding may be faulty, resulting in the visible build-up and eventual shedding of unsightly scales, such as what commonly occurs as previously sunburned skin peels away or… END_OF_DOCUMENT_TOKEN_TO_BE_REPLACED

The skin under the dark fur of most mammals  is pale or non-pigmented. Polar bears are an interesting exception to this rule – they have reversed the dark hair/light skin paradigm: their white hairs provide camouflage against the snow and ice, while their pigmented skin can absorb what little warmth the Arctic sun provides.  Ancestors of modern human, like other primates, also had pale skin under their dense coats of pigmented hair.  END_OF_DOCUMENT_TOKEN_TO_BE_REPLACED

It is common knowledge that many skin disorders, such as atopic dermatitis, get worse in the winter, but there is little agreement about the reasons for this phenomenon. Recently, a group of investigators in Australia observed that the severity of atopic dermatitis is related to latitude, and proposed that this could be the result of decreased vitamin D production from the weaker light at higher latitudes. We have suggested an alternate explanation for their findings: END_OF_DOCUMENT_TOKEN_TO_BE_REPLACED

Who is at risk? Many people are prone to develop dry skin. Examples include those who have or … END_OF_DOCUMENT_TOKEN_TO_BE_REPLACED

An alarming percentage (about 60%) of normal adults, mostly women, self-report that they regularly … END_OF_DOCUMENT_TOKEN_TO_BE_REPLACED

Skin's Many Barriers And How Climate Change May Affect Them Skin has many barriers: it keeps us … END_OF_DOCUMENT_TOKEN_TO_BE_REPLACED

Q: I have developed dry skin from COVID-19 because I have to wash my hands so often. Hand sanitizers … END_OF_DOCUMENT_TOKEN_TO_BE_REPLACED

We have learned a lot about skin and its permeability barrier in recent years.  Here are our … END_OF_DOCUMENT_TOKEN_TO_BE_REPLACED

We have learned a lot about skin and its permeability barrier in recent years.  Here are our … END_OF_DOCUMENT_TOKEN_TO_BE_REPLACED