Did you know that the surface of our skin is acidic? That we have a sour skin surface, like vinegar or lemon juice?  Scientists have long known that we are covered by an acid mantle. But how the epidermis – the outer layers of skin – achieves this feat, conferring a pH of 5.0 or less to our skin surface, when the cells of our body and the blood and fluids bathing those cells have a more neutral pH of ~7.4, has until recently been something of a mystery. 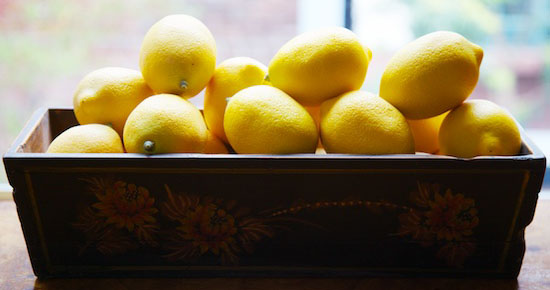 To our surprise, as we were studying the characteristics of epidermis in relation to skin pigmentation, we noted that the pH of darkly pigmented stratum corneum is  lower – that is, it is more acidic – than the surface of lightly pigmented skin. We saw that the pH of darkly pigmented skin was lower by about a half a unit – from ~5.0-5.5 in lighter skin to ~5.0-4.5 in darker skin . While that may seem like a small difference, it is actually rather huge. Differences in skin pH are a bit like those in earthquakes measured on the Richter scale, because both are logarithmic scales. Thus, a change of half a pH unit denotes a 50-fold more acidic environment! pH influences all of the epidermal functions that are so much better performed by darkly pigmented skin. A lower, more acidic pH improves the integrity ( or cohesion) of the stratum corneum, its ability to withstand mechanical stresses like friction. An acidic pH slows down the activity of those serine proteases (a family of enzymes) that break down attachments which connect the cells of the very outermost layers of skin. These attachments when broken, allow for these outer skin cells to be shed. The right amount of shedding is good – this is what we know of as the normal and invisible process of desquamation, where old skin cells are released from the skin surface as new cells are added from below. When these proteases are overactive, too many cells and cell layers are shed and the skin is more fragile, easily torn and abraded. (For more about desquamation, sign up to receive our free brochure, Primer on the Skin Barrier).

But the advantages of a more acidic skin surface don’t end there – an acidic stratum corneum benefits that most critical of all functions of the epidermis, the permeability barrier. This is because the enzymes that generate some of the key lipids for the permeability barrier, dislike a high (i.e., neutral or alkaline) pH. Instead, they become much more active as the pH of the stratum corneum declines and becomes more acid. Thus, an acidic pH facilitates the formation of the lipid membranes that are the basis for the skin’s permeability barrier. Finally, the greater acidity of darkly pigmented skin resists infections, because pathogenic microbes are repelled by an acidic environment. But that’s not all – there also is evidence that darkly pigmented epidermis manufactures more antimicrobial peptides than does lighter skin. These antimicrobial peptides are key components of the innate immune system – that part of our defenses against microbes that prevents their initial assault on our bodies. The innate immune system can stop microbes in their tracks, before they can even start a nidus of infection.

In a sentence, our research showed that black skin is functionally superior to more lightly pigmented epidermis, because it is more acidic.

To prove that it is an acidic pH that is providing the benefit, we were able to show using an acidic topical preparation that simply lowering the skin surface pH of individuals with light pigmentation, made both their cohesion and their permeability barrier comparable to that of darkly pigmented skin. Stay tuned: in our next post we will reveal how it is that pigmented skin becomes more acidic.

Acid Skin Is Not Just About Color

Understanding the importance of the acid mantle of skin has not only been the key to understanding the superiority of black skin, it also provides clues to some of the most common and distressing skin conditions. For more on what happens when the skin pH looses its acidity, see our post “Atopic Dermatitis: Is It All About pH?”

GET OUR PRIMER ON THE SKIN BARRIER

This illustrated booklet offers up-to-date scientific information about skin and the skin barrier in health and disease the skin and how they work to keep us well.

Yes, Send Me the Primer