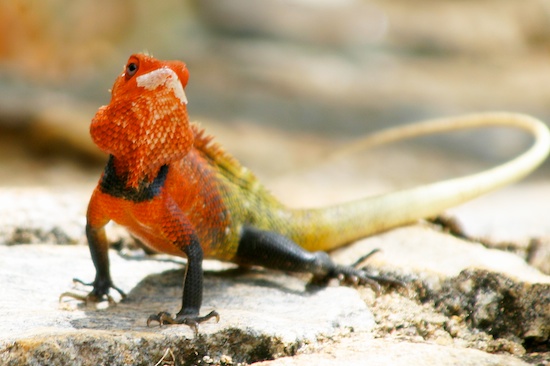 In an earlier post, we examined two current concepts about the increased prevalence of the allergic skin disease, atopic dermatitis.  The allergic diseases – atopic dermatitis, asthma, and allergic rhinitis – have long been known to run in families. But the inheritance of these ‘atopic’ diseases is complex and involves more than one gene, like many other common conditions, such as diabetes, high blood pressure, or psoriasis. To date, variations , called ‘polymorphisms’, in over 100 genes have been linked to the risk of developing one of these allergic disorders.Recent genetic studies strongly support the barrier-driven model of atopic dermatitis we espouse.  Of all the genes associated with atopic dermatitis, the strongest link identified to date is to a gene that encodes a key protein of the stratum corneum, filaggrin. The filaggrin polymorphisms linked to atopic dermatitis result in too little filaggrin being made by the epidermis.

Normally, enzymes present in the stratum corneum break the filaggrin protein down into small pieces. The small molecules so generated are ‘osmotically active;’ they pull water into the corneocytes like a sponge, thereby moisturizing the stratum corneum. The reduced quantities of breakdown products derived from filaggrin in those individuals who inherit one of these  filaggrin mutations results in dry skin or ‘xerosis.’

Indeed, if an individual is unlucky enough to inherit reduced function polymorphisms on both of his filaggrin alleles – (all genes come in pairs; one allele’ inherited from the mother, the other from the father) – he will likely be identified as having an inherited scaling skin condition, called ichthyosis vulgaris. Having dry skin – with corneocytes unable to attract and hold on to water – challenges permeability barrier by steepening the water gradient across the stratum corneum, with no buffer between the 80% water of the body’s interior and the dry atmosphere outside.

Inheriting one of these filaggrin mutations – either one dose or two (that is, one or both filaggrin alleles) – means you will have dry skin and maybe even dry scales pronounced enough to be called ichthyosis. But only some people, some of the time will have atopic dermatitis. Thus, filaggrin deficiency alone, though it compromises the barrier, does not suffice to produce atopic dermatitis.  Some additional stressor(s) is(are) needed to provoke the dermatitis.

In a future post we will discuss how the key to understanding how filaggrin deficiency provokes atopic dermatitis may all come down to the pH of the stratum corneum.

Who is at risk? Many people are prone to develop dry skin. Examples include those who have or … END_OF_DOCUMENT_TOKEN_TO_BE_REPLACED

An alarming percentage (about 60%) of normal adults, mostly women, self-report that they regularly … END_OF_DOCUMENT_TOKEN_TO_BE_REPLACED

Skin's Many Barriers And How Climate Change May Affect Them Skin has many barriers: it keeps us … END_OF_DOCUMENT_TOKEN_TO_BE_REPLACED

Q: I have developed dry skin from COVID-19 because I have to wash my hands so often. Hand sanitizers … END_OF_DOCUMENT_TOKEN_TO_BE_REPLACED

We have learned a lot about skin and its permeability barrier in recent years.  Here are our … END_OF_DOCUMENT_TOKEN_TO_BE_REPLACED

We have learned a lot about skin and its permeability barrier in recent years.  Here are our … END_OF_DOCUMENT_TOKEN_TO_BE_REPLACED